CUPERTINO, Calif. – May 12, 2016 – Aemetis, Inc. (NASDAQ: AMTX), an advanced renewable fuels and biochemicals company, today announced its financial results for the three months ended March 31, 2016.  The Company also announced that it expects to close in June on its acquisition of Edeniq, a proven cellulosic ethanol technology company with about 30 installations operating at six ethanol plants.

On May 5, 2016, the Company entered into a definitive agreement to acquire Edeniq.  Edeniq has developed patented innovations that unlock cellulosic and starch sugars through a combination of patented mechanical and biological processes.  In 2015, Edeniq generated about $20 million in revenues and about $6 million of EBITDA.

“The overall ethanol market improvement we saw at the end of the first quarter, combined with the pending acquisition of Edeniq, positions Aemetis for positive margin growth in the second half of 2016,” stated Eric McAfee, Chairman and CEO of Aemetis, Inc.

For details on the call, visit: https://www.aemetis.com/investors/conference-call/. Please download presentation regarding acquisition of Edeniq on Aemetis home page, www.aemetis.com.

Headquartered in Cupertino, California, Aemetis is an advanced renewable fuels and biochemicals company focused on the acquisition, development and commercialization of innovative technologies that replace traditional petroleum-based products by the conversion of second-generation ethanol and biodiesel plants into advanced biorefineries.  Founded in 2006, Aemetis owns and operates a 60 million gallon per year ethanol production facility in California’s Central Valley, near Modesto.  Aemetis also owns and operates a 50 million gallon per year renewable chemical and advanced fuel production facility on the East Coast of India producing high quality distilled biodiesel and refined glycerin for customers in India and Europe.  Aemetis operates a research and development laboratory at the Maryland Biotech Center, and holds a portfolio of patents and related technology licenses for the production of renewable fuels and biochemicals.  For additional information about Aemetis, please visit www.aemetis.com.

This news release contains forward-looking statements, including statements regarding our assumptions, projections, expectations, targets, intentions or beliefs about future events or other statements that are not historical facts. Forward-looking statements in this news release include, without limitation, the consummation and anticipated timing for completion of the Edeniq acquisition, the impact of the Edeniq acquisition on our margin growth and our expectations for growth in the overall ethanol market.  Words or phrases such as “anticipates,” “may,” “will,” “should,” “believes,” “estimates,” “expects,” “intends,” “plans,” “predicts,” “projects,” “targets,” “will likely result,” “will continue” or similar expressions are intended to identify forward-looking statements. These forward-looking statements are based on current assumptions and predictions and are subject to numerous risks and uncertainties.  Actual results or events could differ materially from those set forth or implied by such forward-looking statements and related assumptions due to certain factors, including, without limitation, competition in the ethanol and other industries in which we operate, commodity market risks including those that may result from current weather conditions, financial market risks, customer adoption, counter-party risks, risks associated with changes to federal policy or regulation, and other risks detailed in our reports filed with the Securities and Exchange Commission, including our Annual Report on Form 10-K for the year ended December 31, 2015, our Quarterly Report on Form 10-Q for the quarter ended March 31, 2016 and in our subsequent filings with the SEC. We are not obligated, and do not intend, to update any of these forward-looking statements at any time unless an update is required by applicable securities laws. 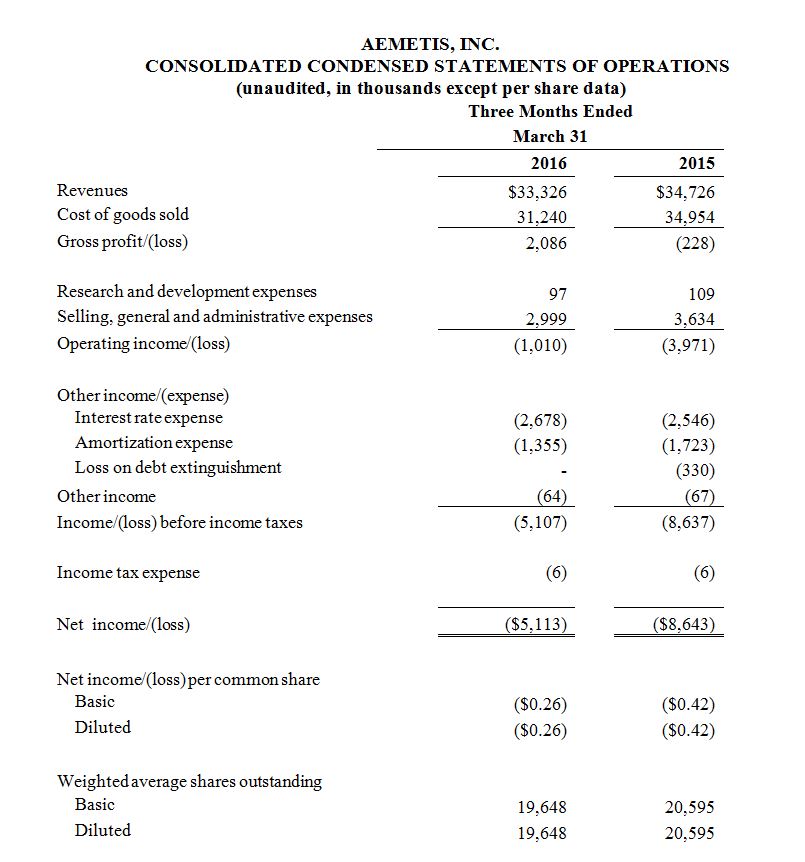 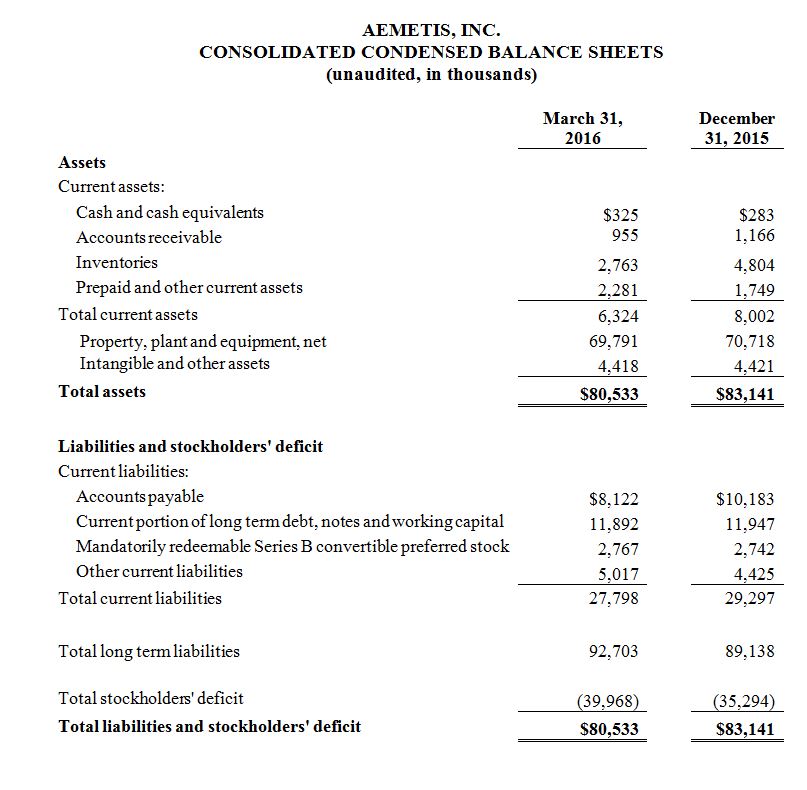 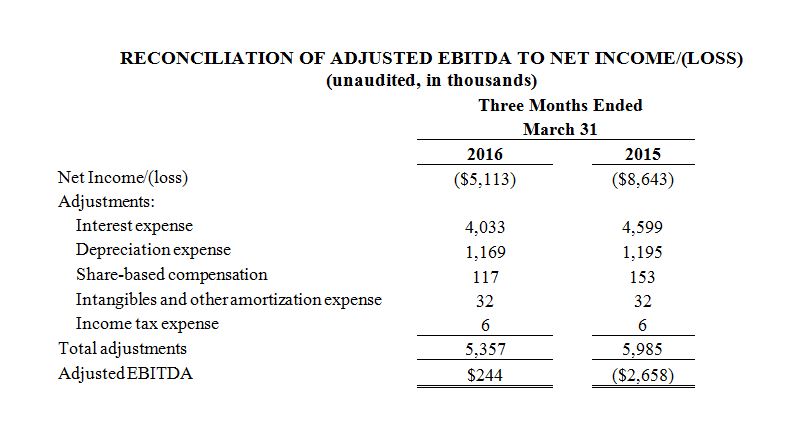 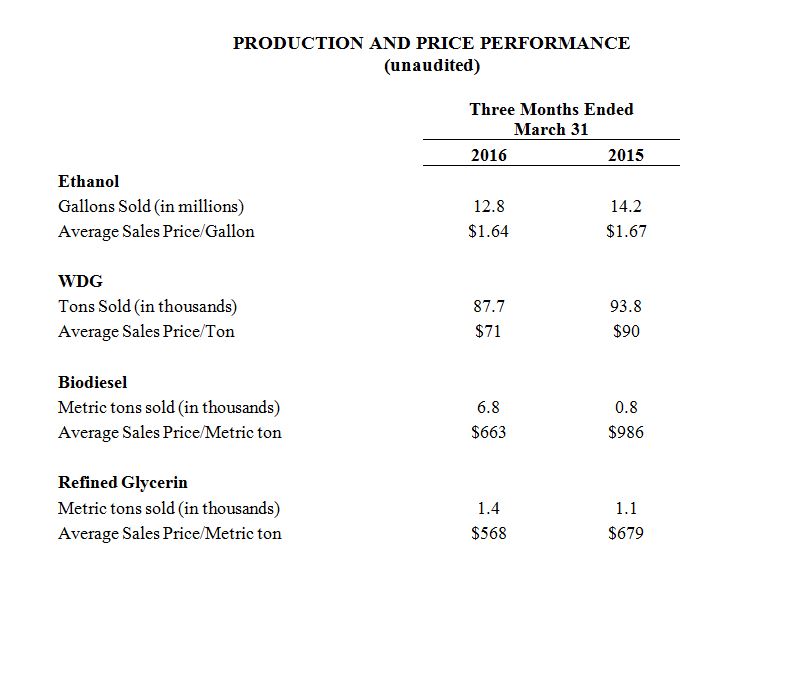