“Aemetis continued to generate strong positive cash flow and reduce debt during the third quarter of 2014,” stated Eric McAfee, Chairman and Chief Executive Officer.  “Additionally, we have received $21 million of low-interest (3%) EB-5 funding into escrow, primarily during the third quarter of 2014, which is expected to be applied to debt reduction over the next year.”

Gross profit during the third quarter 2014 was $7.7 million, a 154% increase over the third quarter 2013 gross profit of $3.0 million. The $4.7 million increase in gross profit was primarily due to corn prices falling faster than ethanol prices. Corn prices decreased by 49% while ethanol prices decreased by 16% during the three months ended September 30, 2014 compared to the same period in the prior year.

Cash flow resulted in Cash and Cash Equivalents of $5.5 million as of September 30, 2014 and allowed for principal and interest payments on outstanding debt of approximately $8.6 million during the third quarter of 2014.

Revenue for the nine months ended September 30, 2014 was $166.2 million, compared to $123.5 million during the same period of 2013.  The increase in revenue reflects both a strong margin environment in the first half of 2014 and the idling of the Keyes ethanol plant for approximately three months from late January through late April 2013.

This news release contains forward-looking statements, including statements regarding our assumptions, projections, expectations, targets, intentions or beliefs about future events or other statements that are not historical facts. Forward-looking statements in this news release include, without limitation, statements regarding funds to be received under our EB-5 loan program and further reductions in our outstanding debt. Words or phrases such as “anticipates,” “may,” “will,” “should,” “believes,” “estimates,” “expects,” “intends,” “plans,” “predicts,” “projects,” “targets,” “will likely result,” “will continue” or similar expressions are intended to identify forward-looking statements.  These forward-looking statements are based on current assumptions and predictions and are subject to numerous risks and uncertainties.  Actual results or events could differ materially from those set forth or implied by such forward-looking statements and related assumptions due to certain factors, including, without limitation, competition in the ethanol and other industries in which we operate, commodity market risks including those that may result from current weather conditions, financial market risks, counter-party risks, risks associated with changes to federal policy or regulation, risks associated with the conversion of the Keyes plant to the use of sorghum for ethanol production; and other risks detailed in our reports filed or to be filed with the Securities and Exchange Commission, including our Annual Report on Form 10-K for the year ended December 31, 2013, our Quarterly Reports on Form 10-Q for the quarters ended March 31, 2014, June 30, 2014 and September 30, 2014 and in our subsequent filings with the SEC. We are not obligated, and do not intend, to update any of these forward-looking statements at any time unless an update is required by applicable securities laws.

Headquartered in Cupertino, California, Aemetis is a renewable fuels and biochemicals company focused on the production of advanced fuels and chemicals through the acquisition, development and commercialization of innovative technologies that replace traditional petroleum-based products by conversion of first-generation ethanol and biodiesel plants into advanced biorefineries.  Founded in 2006, Aemetis owns and operates a 60 million gallon capacity ethanol and 420,000 ton animal feed plant in California that is the first US facility approved by the EPA to produce D5 Advanced Biofuels using the sorghum/biogas/CHP pathway. Aemetis also built, owns and operates a 50 million gallon capacity renewable chemicals and advanced fuels production facility on the East Coast of India producing high quality, distilled biodiesel and refined glycerin for customers in Europe and Asia. Aemetis operates a research and development laboratory at the Maryland Biotech Center, and holds nine granted patents on its Z-microbe and related technology for the production of renewable fuels and biochemicals. For additional information about Aemetis, please visit www.aemetis.com. 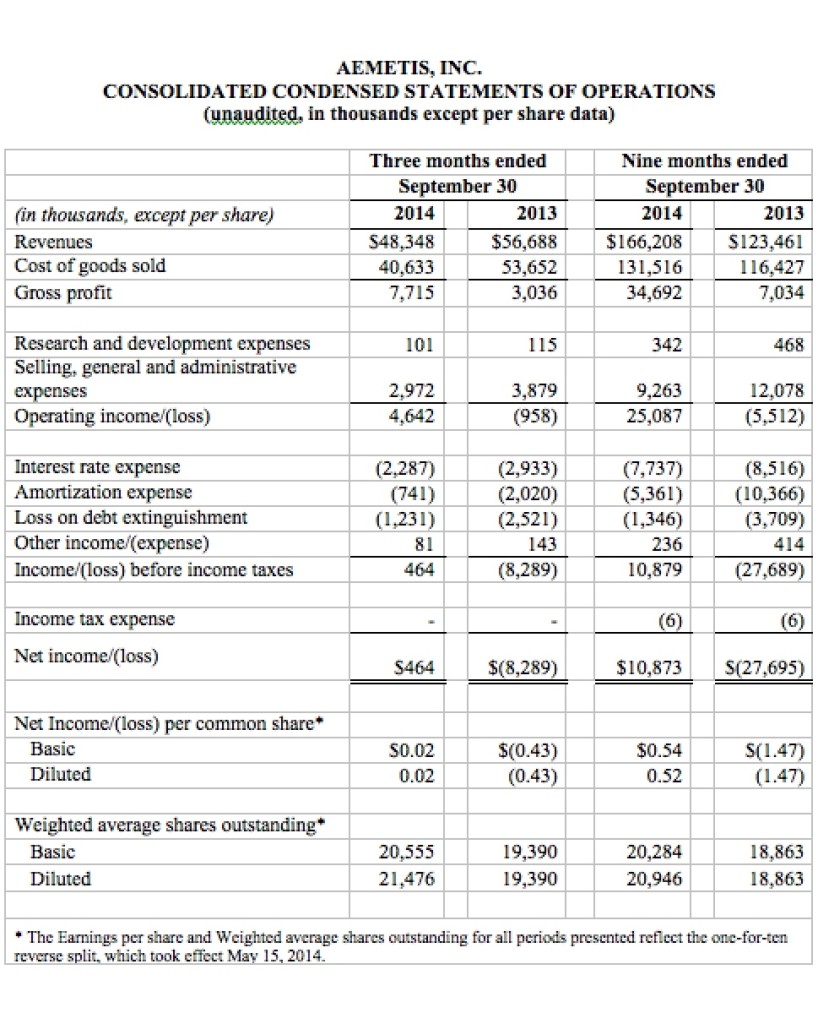 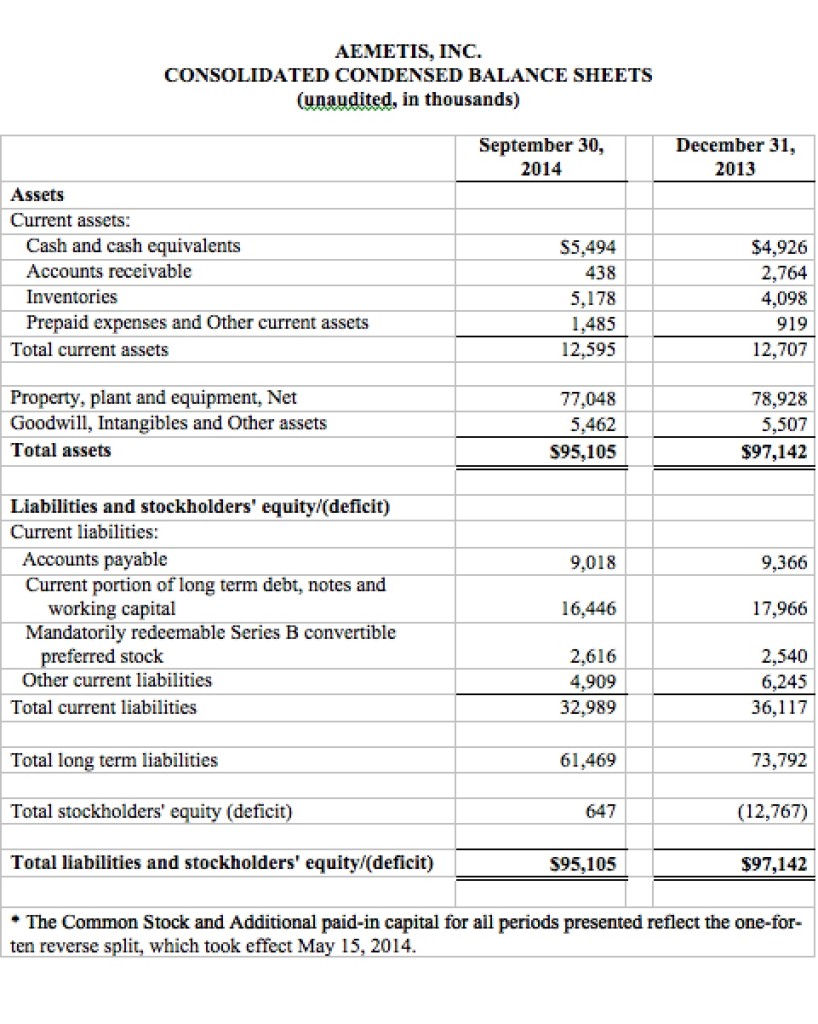 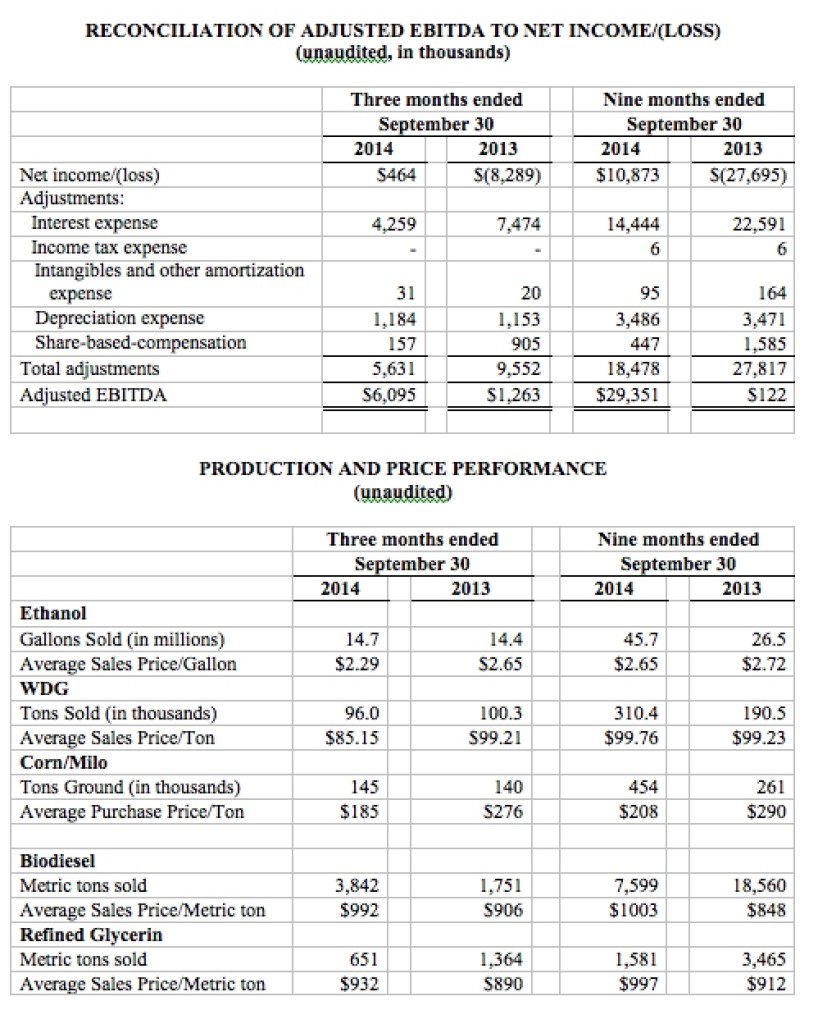