We produce a low-carbon ethanol fuel alternative from corn and biomass.

Our low-carbon ethanol is a clean-burning, high octane, renewable fuel produced from abundant agricultural and cellulosic feedstocks. Ethanol is used as an effective octane-boosting fuel additive or high-blend fuel. Ethanol is the only low-carbon alternative to gasoline available today. All comparisons to gasoline demonstrate a clear reduction in greenhouse gas (GHG) emissions with ethanol. Aemetis produces approximately 65 million gallons per year of this renewable clean-burning transportation fuel at its Keyes, California production facility.

Ethanol biorefineries like Aemetis also produce valuable co-products, such as wet distillers grains (WDG), and sell this high-protein animal feed to dairies and cattle feedlots. In addition, Aemetis extracts distillers corn oil (DCO) during the production process, which is then sold as animal feed or used in the production of low carbon fuels such as biodiesel or jet fuel.  On an annual basis, the Aemetis low-carbon ethanol biofacility produces over 420,000 tons of WDG and over 5,200 tons of DCO.

Our low-carbon ethanol biofacility leads to the elimination of petroleum-based energy sources like natural gas by converting production systems to renewable electricity. Once fully implemented, the Aemetis Keyes plant expects to reduce natural gas use by 85%. We applied several technologies to help reduce our carbon footprint, including: 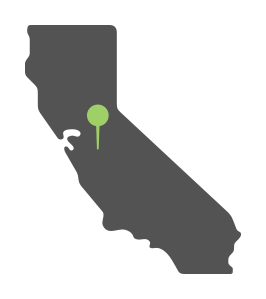 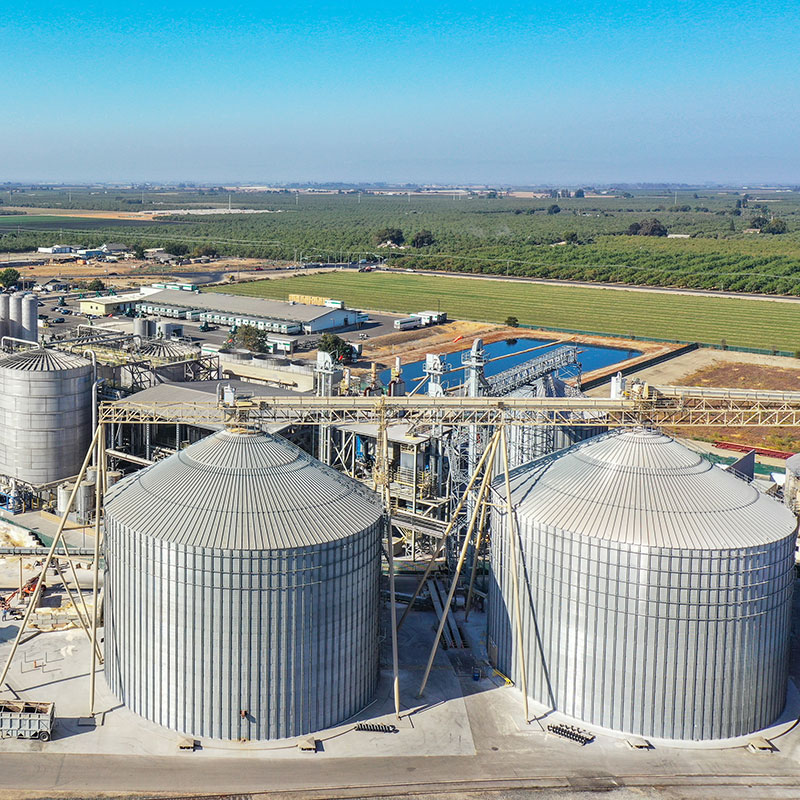 We produce ethanol from field corn or biomass; therefore, it’s renewable. Additionally, farmers use the byproducts from the ethanol manufacturing process as animal feed. We feed approximately 100,000 cows at 80 dairies across the Central Valley with wet distillers grains, a by-product of the ethanol process.

Ethanol By The Numbers

Employees at the Keyes Ethanol Plant

In gasoline savings in California