We are writing to you in the wake of the Environmental Protection Agency’s (EPA) final rule issued on November 30, 2015, which set blending targets under the Renewable Fuel Standard for 2014, 2015, and 2016.

Upon issuance of this final rule, EPA Assistant Administrator for Air and Radiation Janet McCabe stated, “The biofuel industry is an incredible American success story, and the RFS program has been an important driver of that success—cutting carbon pollution, reducing our dependence on foreign oil, and Sparking rural economic development.” And over the past year, you’ve reiterated the importance of biofuels as a spark plug for rural economies and as an important part of the President’s energy strategy, stating that “we need to get the program back on track.”

Unfortunately, the final rule did not get the program back on track, and as a result, it is not generating growth in the biofuel sector. Since the proposal was first leaked in the fall of 2013, not a single new cellulosic project has broken ground in the United States and many planned or previously announced projects have been halted. In the meantime, new investments in cellulosic projects continue to emerge in China, Europe, and Brazil. The final rule for 2014, 2015, and 2016 did not change this trend.

The EPA should reverse course and release a rule this year that follows congressional intent. The forthcoming proposal to set blending targets for 2017 is the EPA’s chance to fulfill the commitment that you and Assistant Administrator McCabe made to get the program back on track. We hope you take this opportunity.

A strong RFS makes our country more energy secure, increases competition and consumer choice in our transportation sector, and ultimately strengthens our economy. We need a strong RFS, and we need more biofuels. We expect that you will get the program “back on track,” and

we look forward to seeing a proposed rule released on time that removes the distribution waiver and re-establishes the United States as a leader in the biofuel sector. 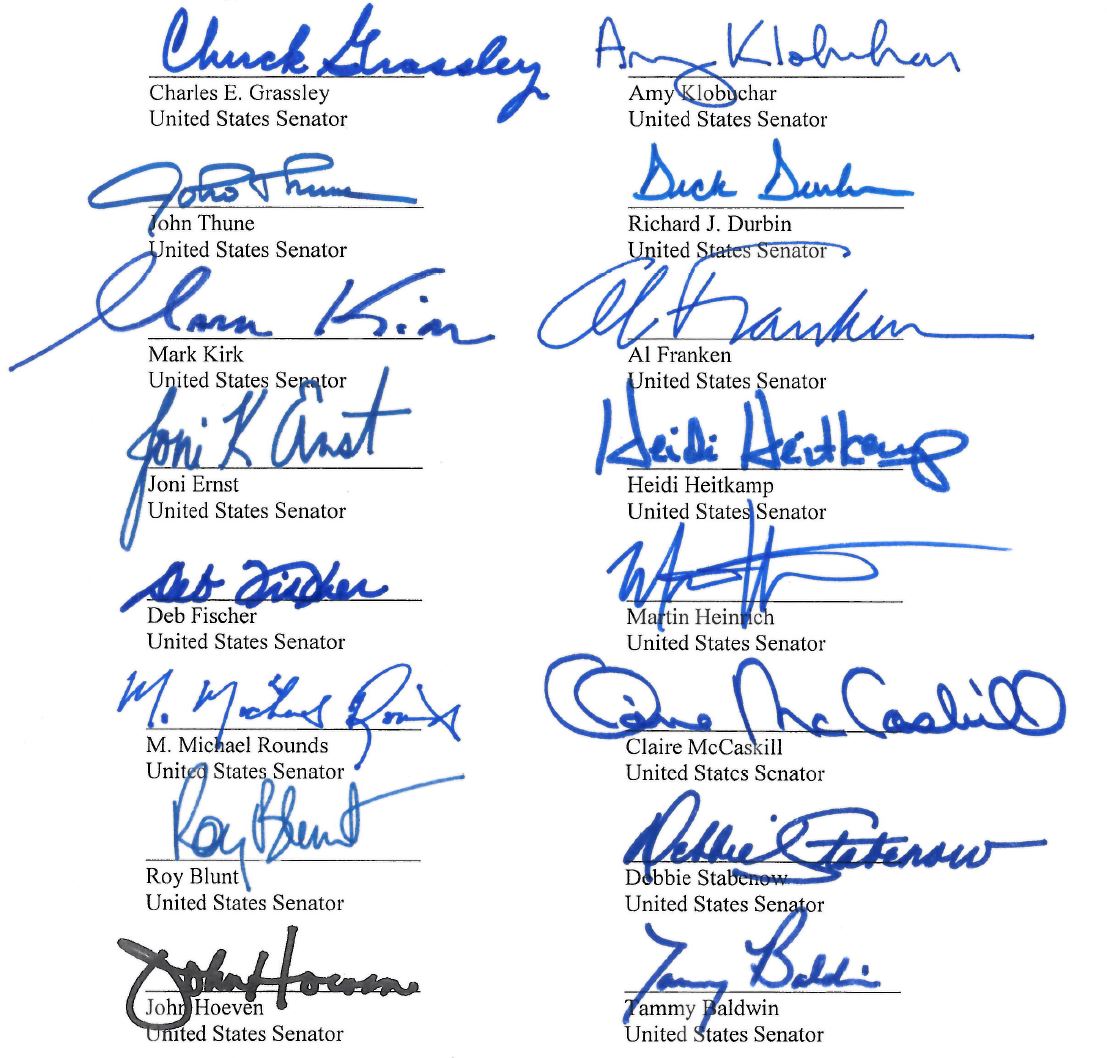